The Lumia Icon was one of the first Nokia phones to feature a brand new design trend. Codenamed Vanquish, it featured a completely different design, made of new materials, compared to previous Lumia devices. A premium metal frame with a colorful polycarbonate back shell made the phone feel solid and durable but also fun. The Icon was released in February 2014 exclusively on Verizon.

Let’s have a look at one of the first Lumia Icon prototypes, from January 2013, a full year before the release date 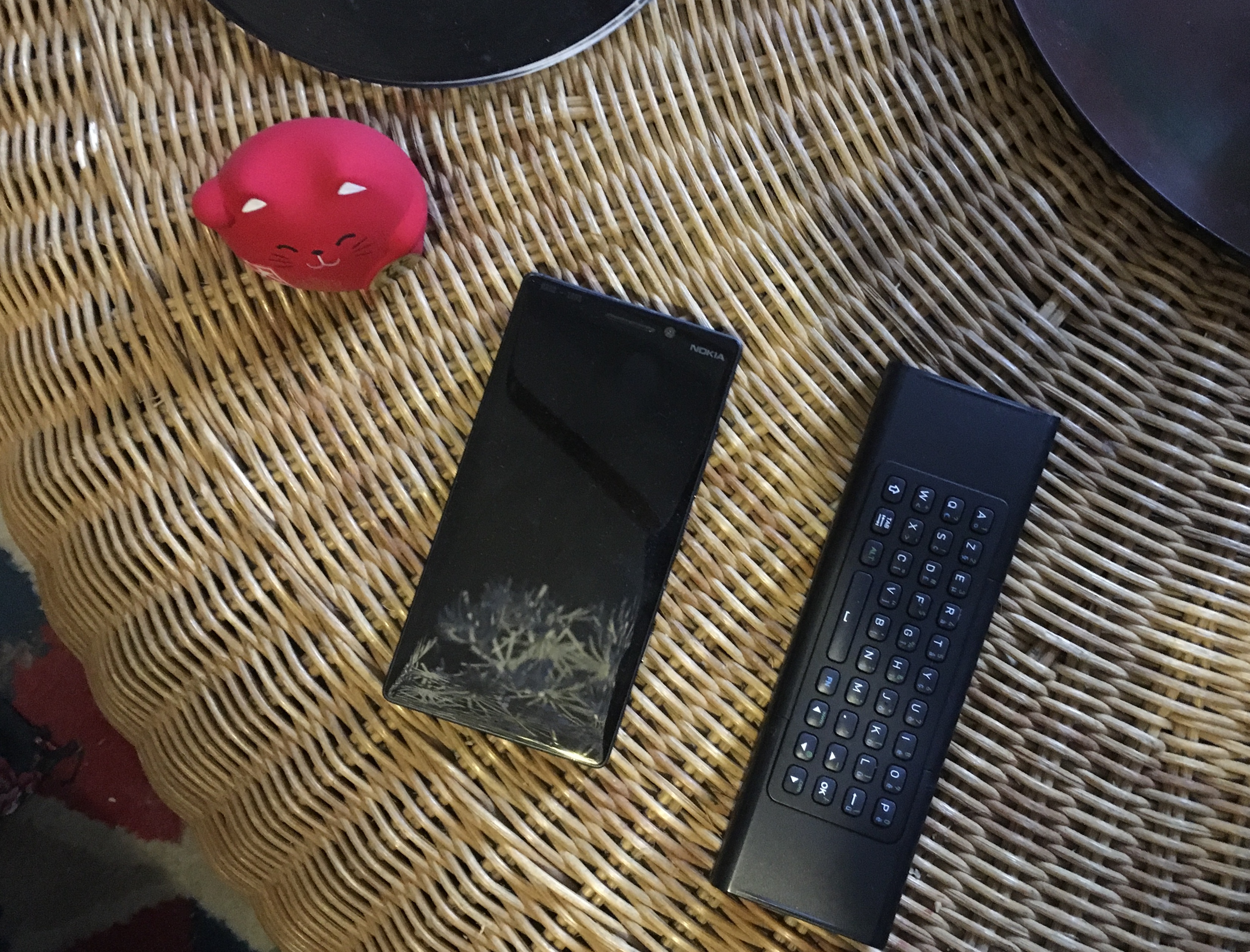 Our prototype was manufactured on January 21st 2013, making it one of the earliest we came across. By looking at the logs hidden inside, we can see that Nokia reflashed this unit with newer RnD software in June 2013.

The front of the phone is almost identical to the released phone except for the absence of the Verizon branding. It sadly seems to have some hardware issues as the front LEDs do not light up properly. 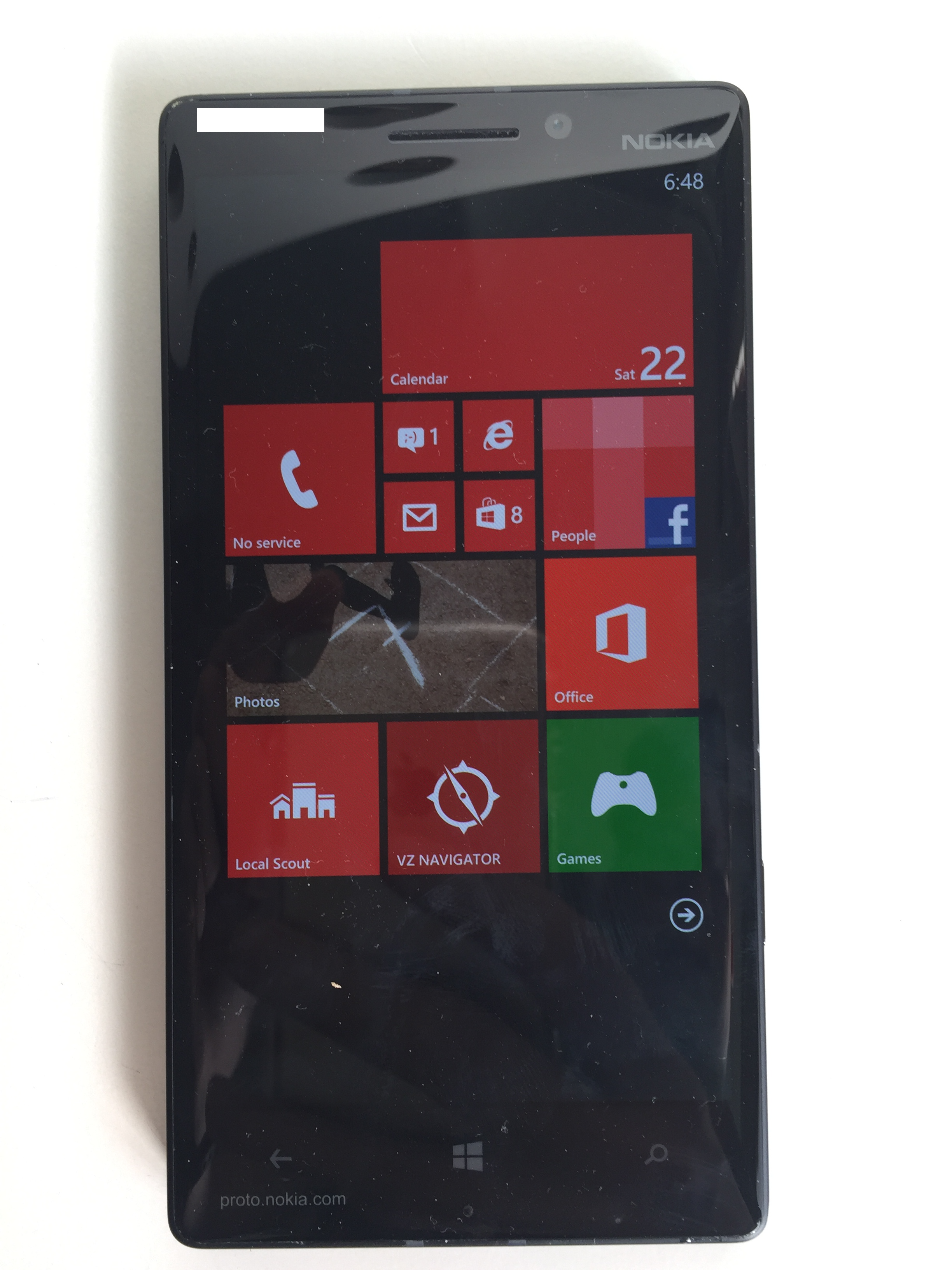 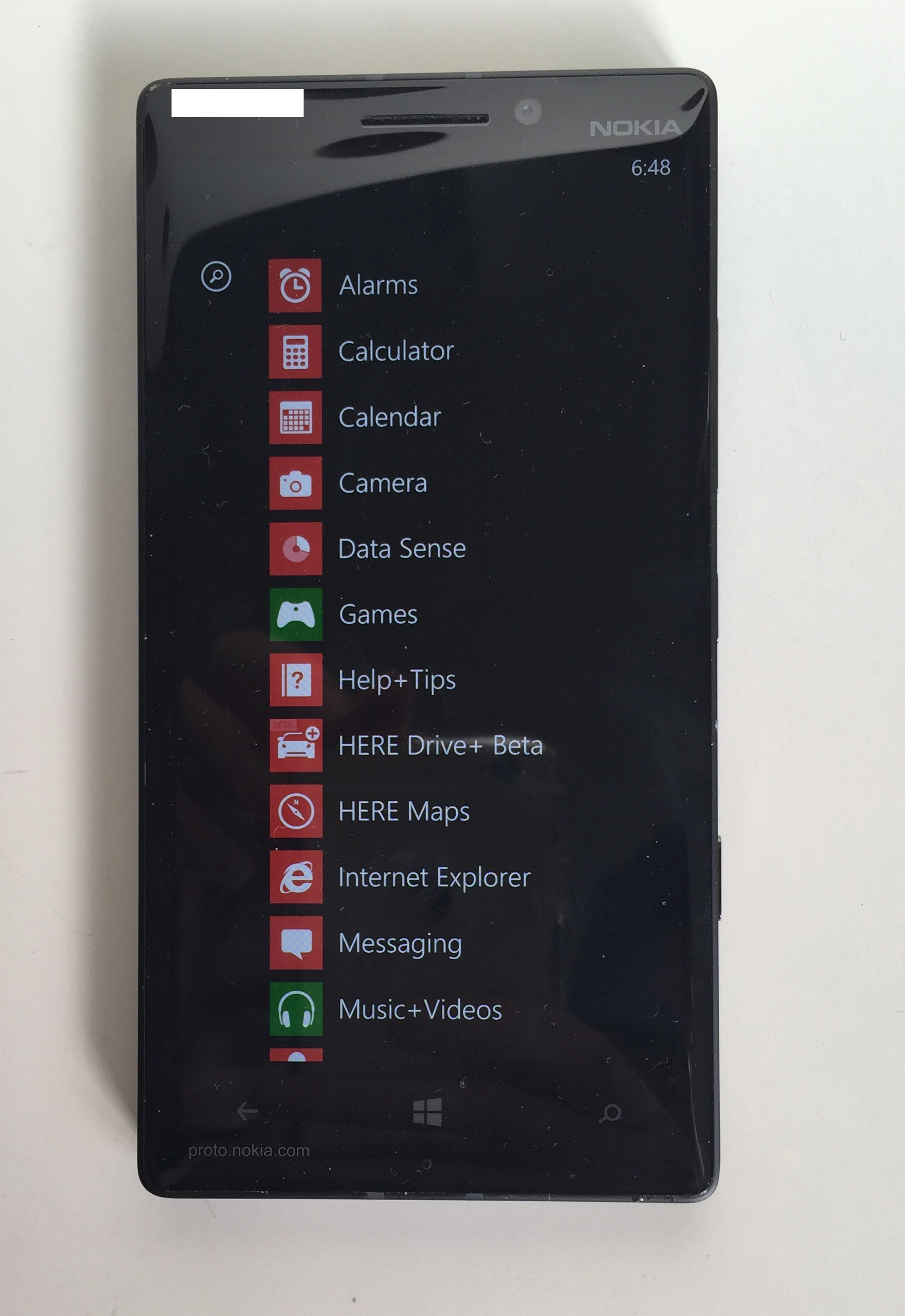 The back of the device features a different design compared to what shipped in 2014. The PureView branding is on the right side of the camera sensor, compared to top and bottom. Carl Zeiss is also mentioned unlike the final device. 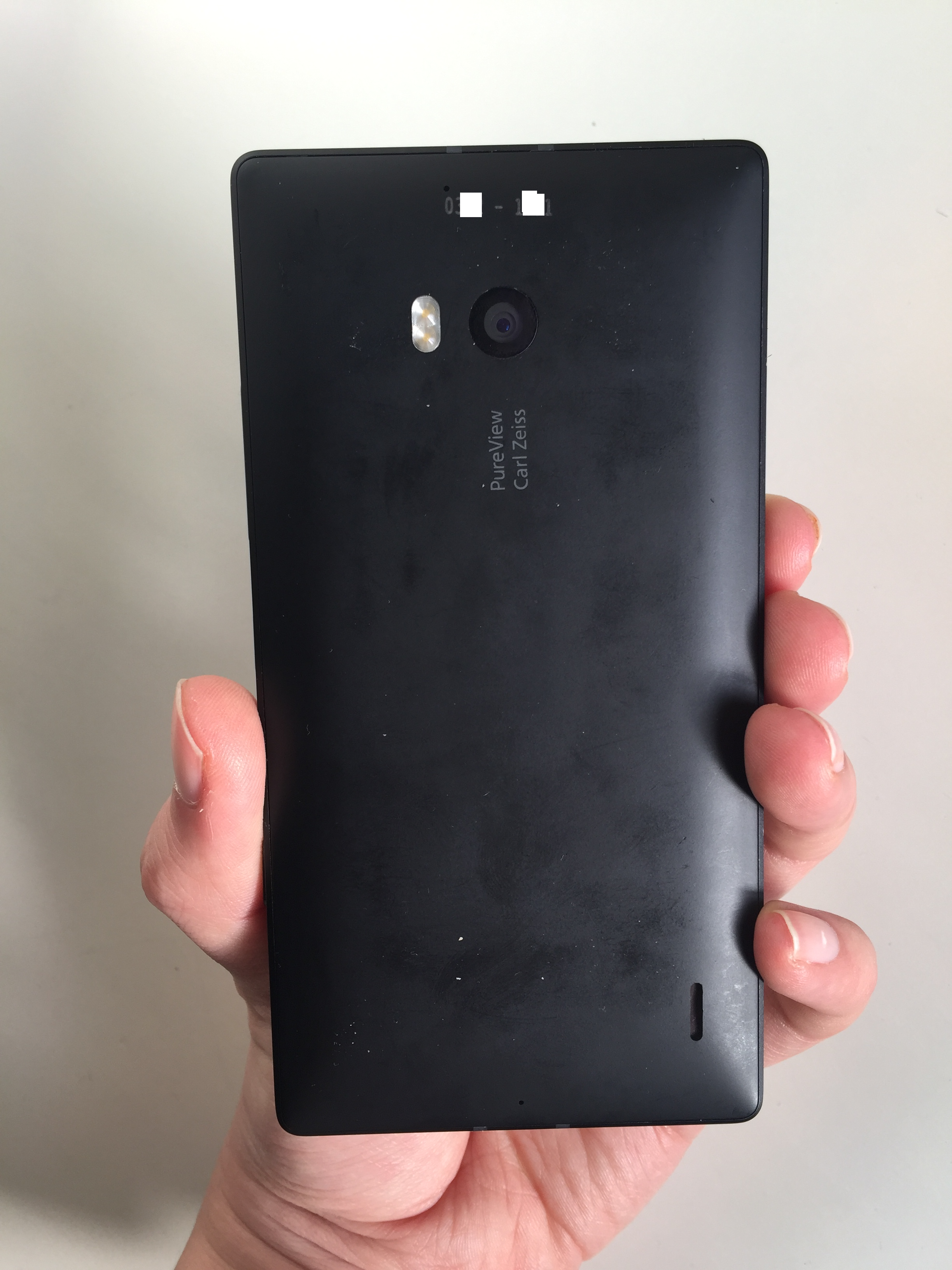 The SIM tray is different from the final device. It has a different size and doesn’t feature the little hook used to pull up the label from the sim tray.

The camera sensor hardware seems to use a different sensor compared to the final device as well. 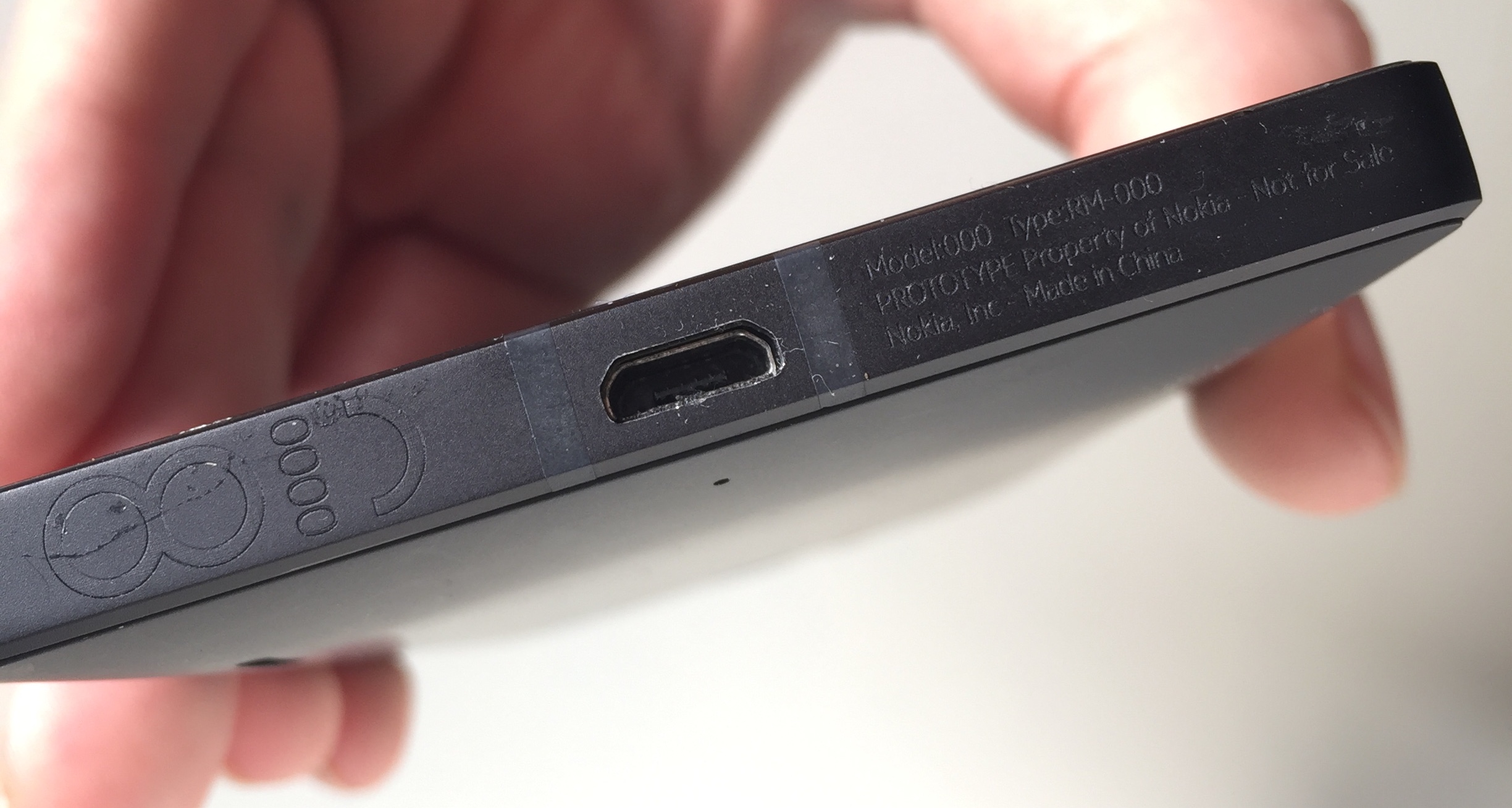 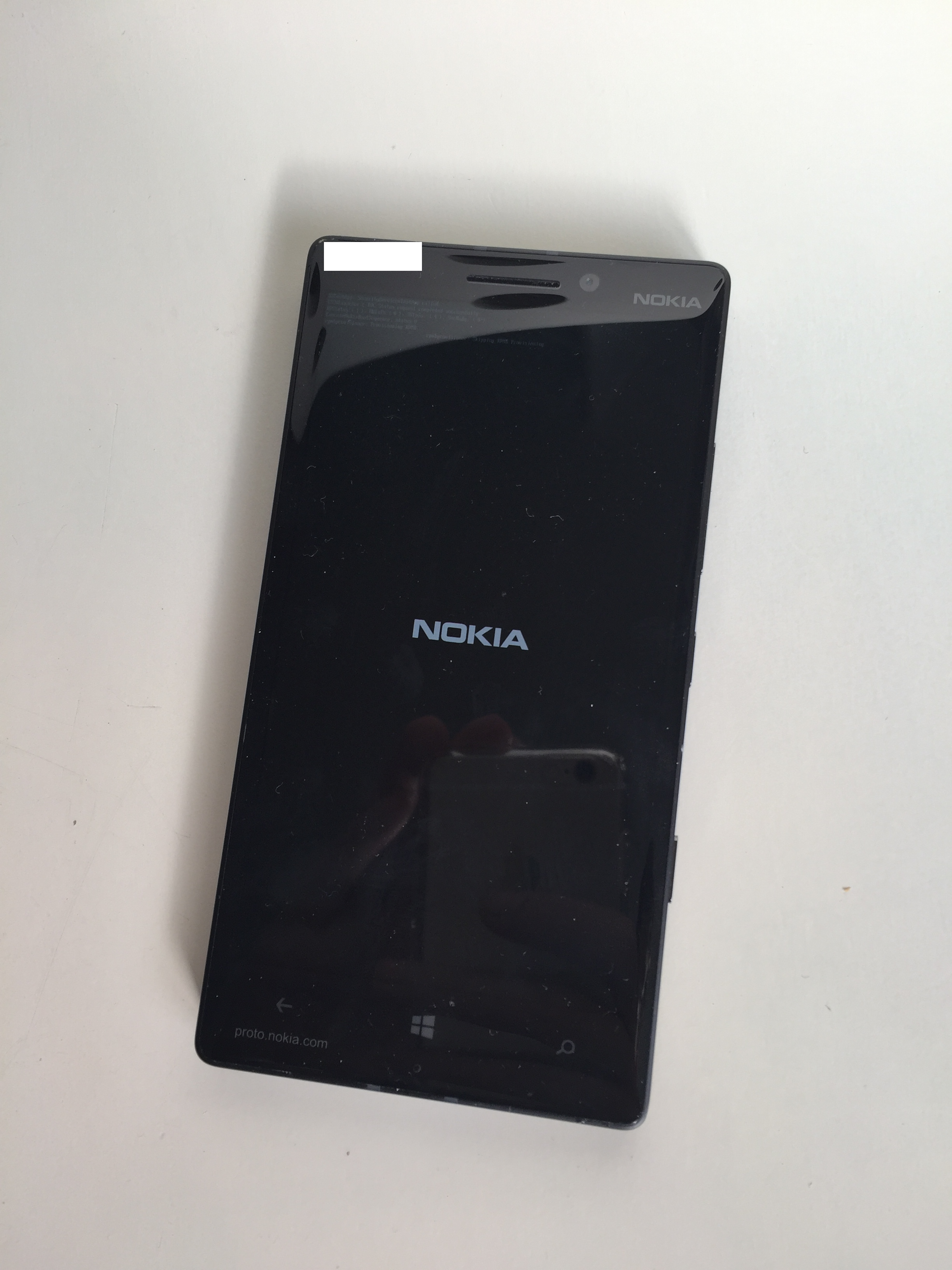 In short, this firmware is a mixture of the old generation device’s firmware and the new one. Our phone does not feature any regulatory picture to be shown in extras+info. We get to see the old style Manufacturing OS (also known as ENO Software) used to test the device hardware for service. It runs Windows Phone 8.0 like the released device, but we also note the presence of WP BLUE (8.1) references in the device UEFI. It seems that Nokia was testing a newer WP version already.

The button combinations for some engineering features differ a lot as well, such as BDS menu or mass storage.

Our device is provisioned for use on Verizon Wireless network in the US, but as this is a prototype device, it is not locked down. We managed to use it on our local carrier network without issues. It is not configured to work on all LTE bands. 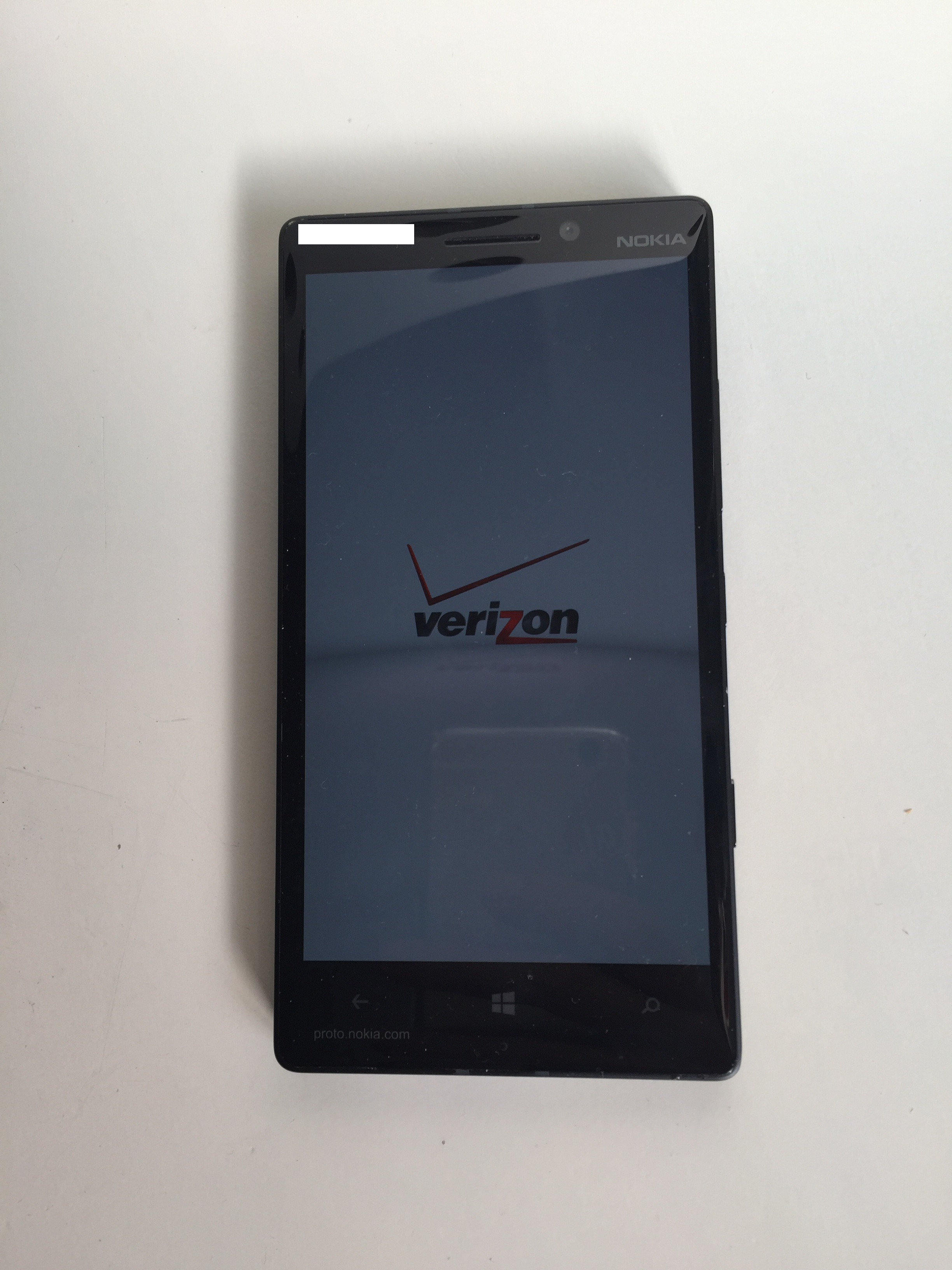 Our firmware is missing the vibration at boot and the delay, making it very easy to accidentally turn on by mistake. In the Operating System, the vibration is very weak and the device is prone to reboot often. 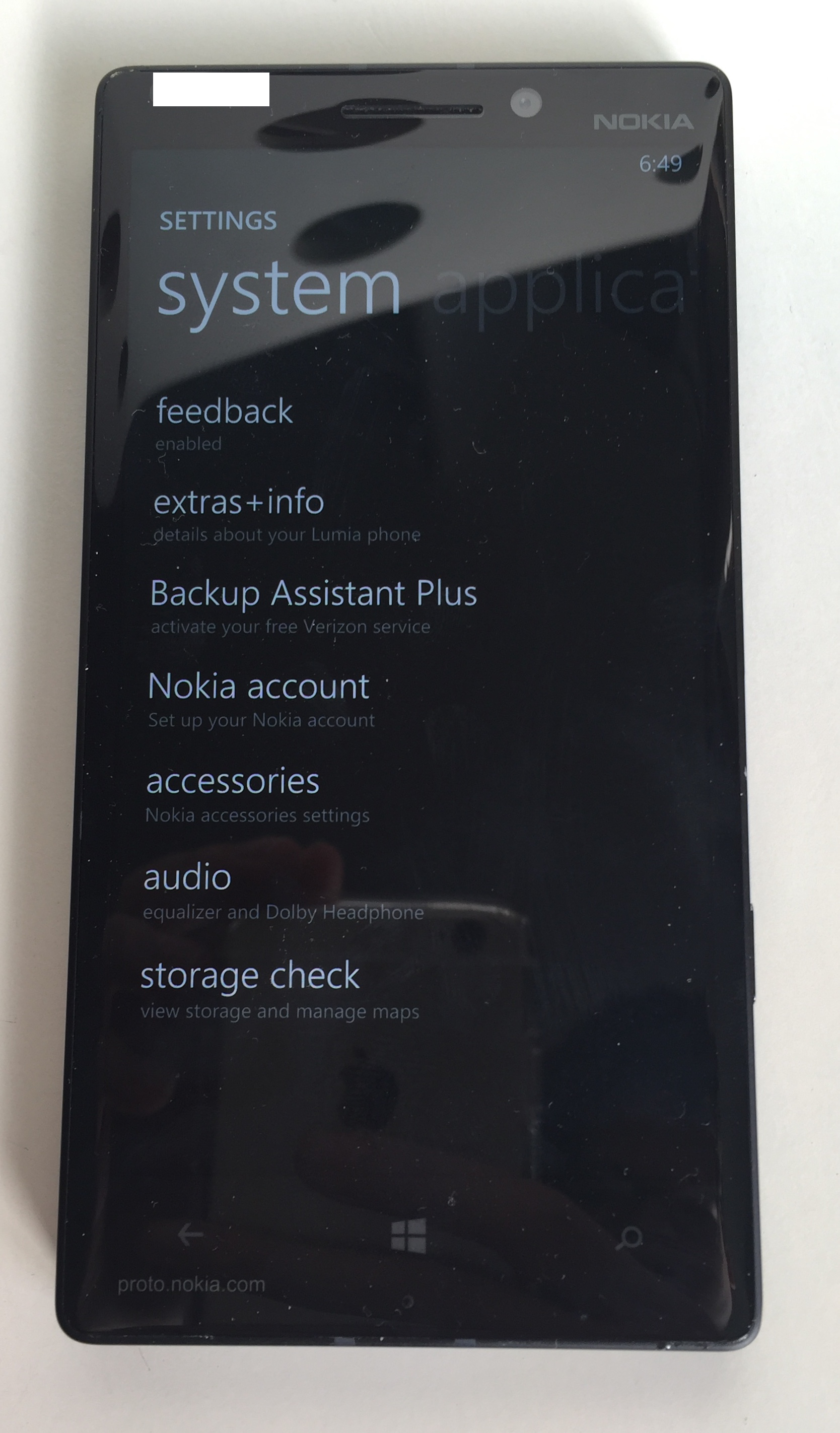 The camera app from Nokia is protected by a password, most likely to prevent disclosure of unreleased camera features. We note references in the camera app to the Lumia 2020 and McLaren’s 3D touch as well. By looking at its source code we found the secret passwords: 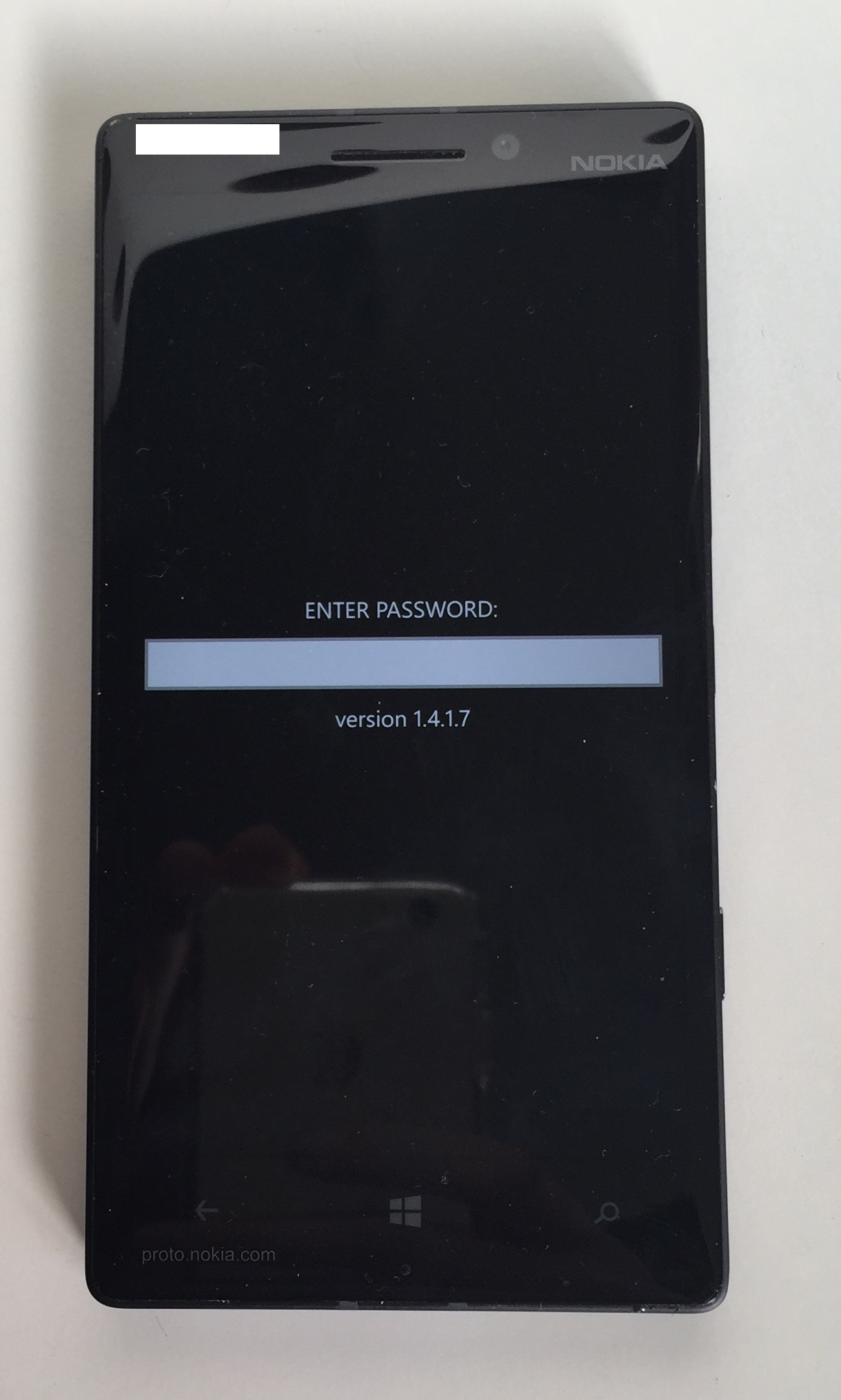 When opening the camera app, it feels no different than the final version. In the app code, we do note the mention of PureView Plus. 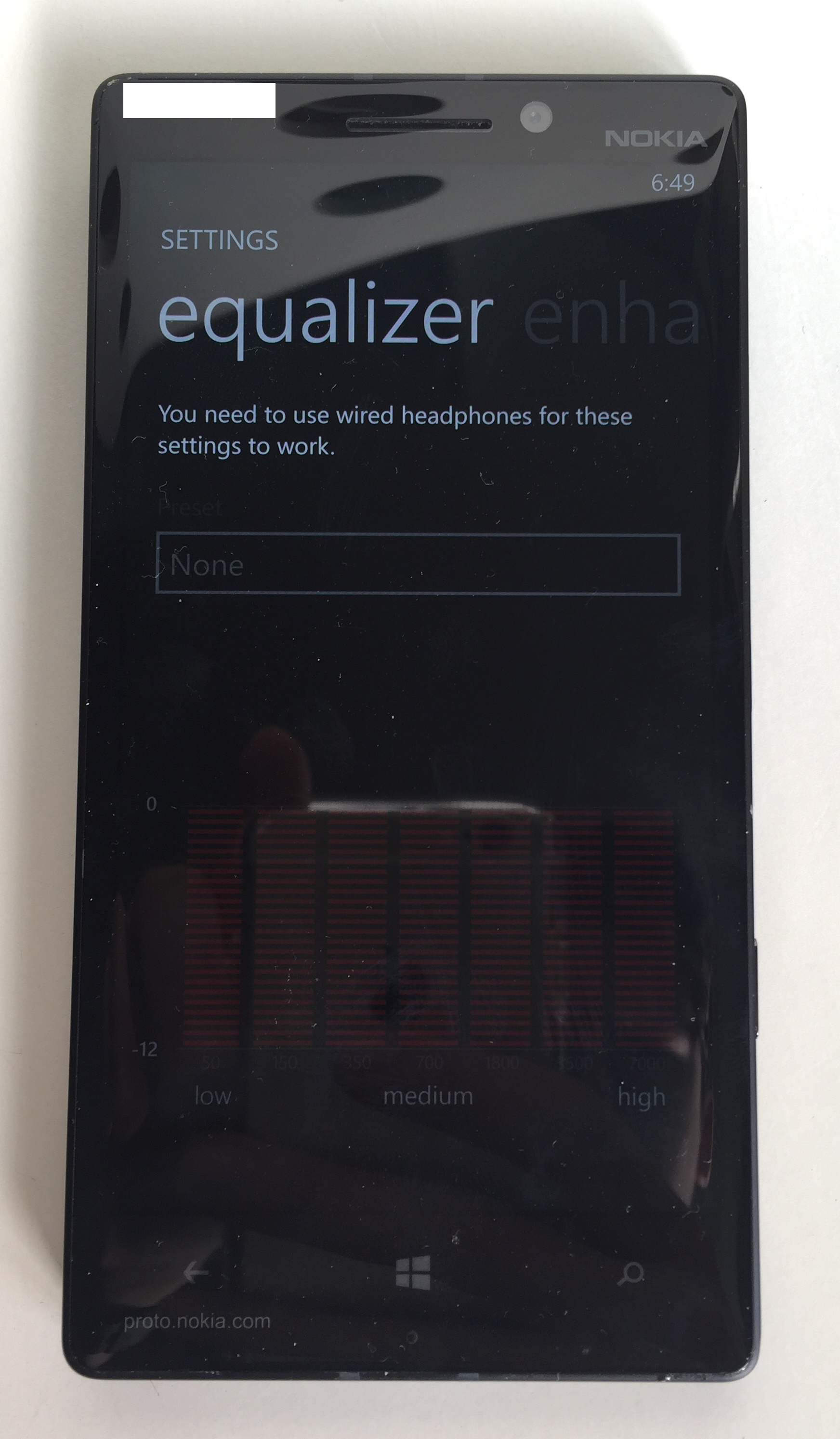 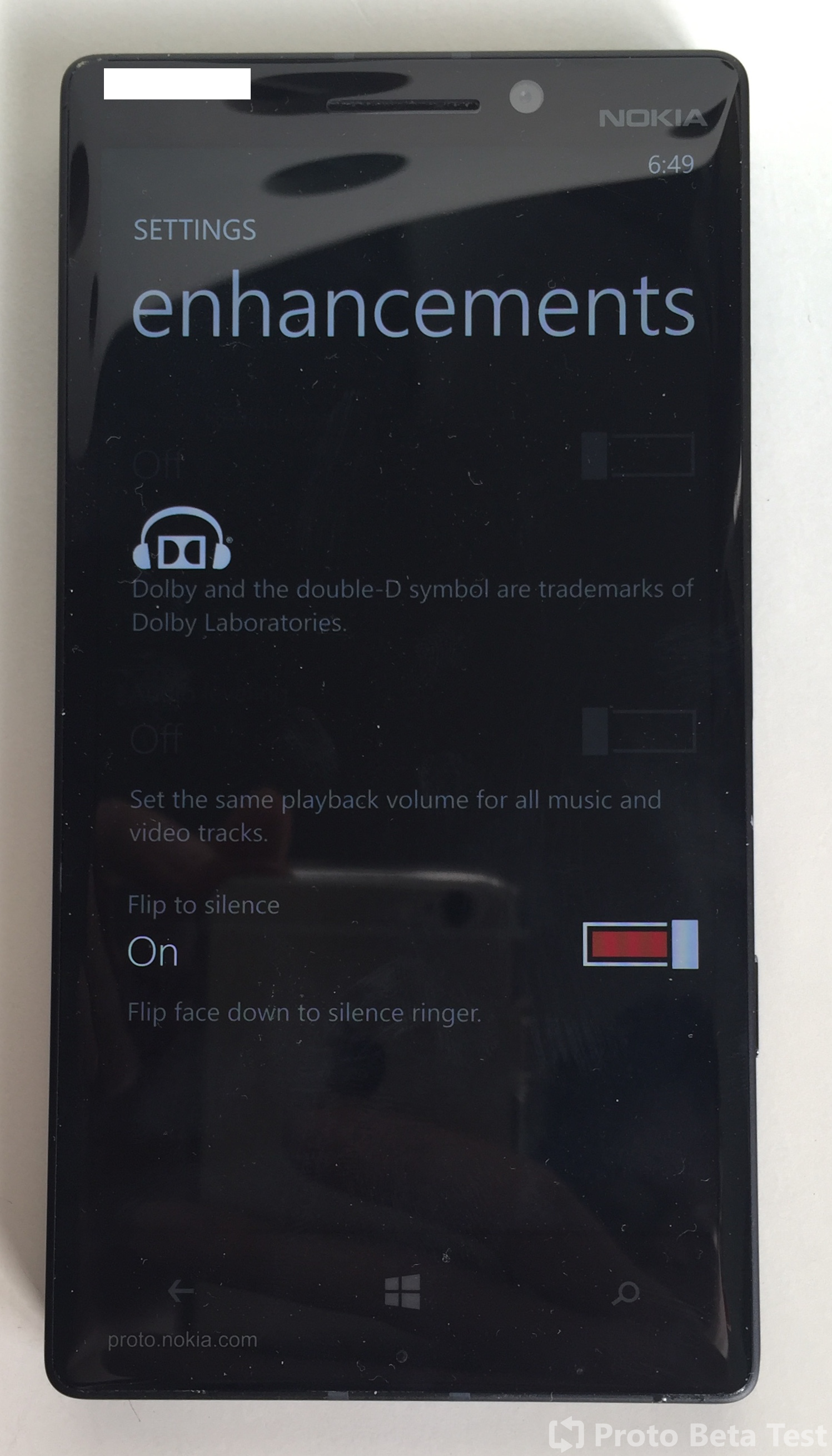 Our device runs a preview of Windows Phone 8.0 GDR3 update, with 3 tile rows on the start screen. The Lumia firmware is named “Lumia Bittersweet Shimmer”. 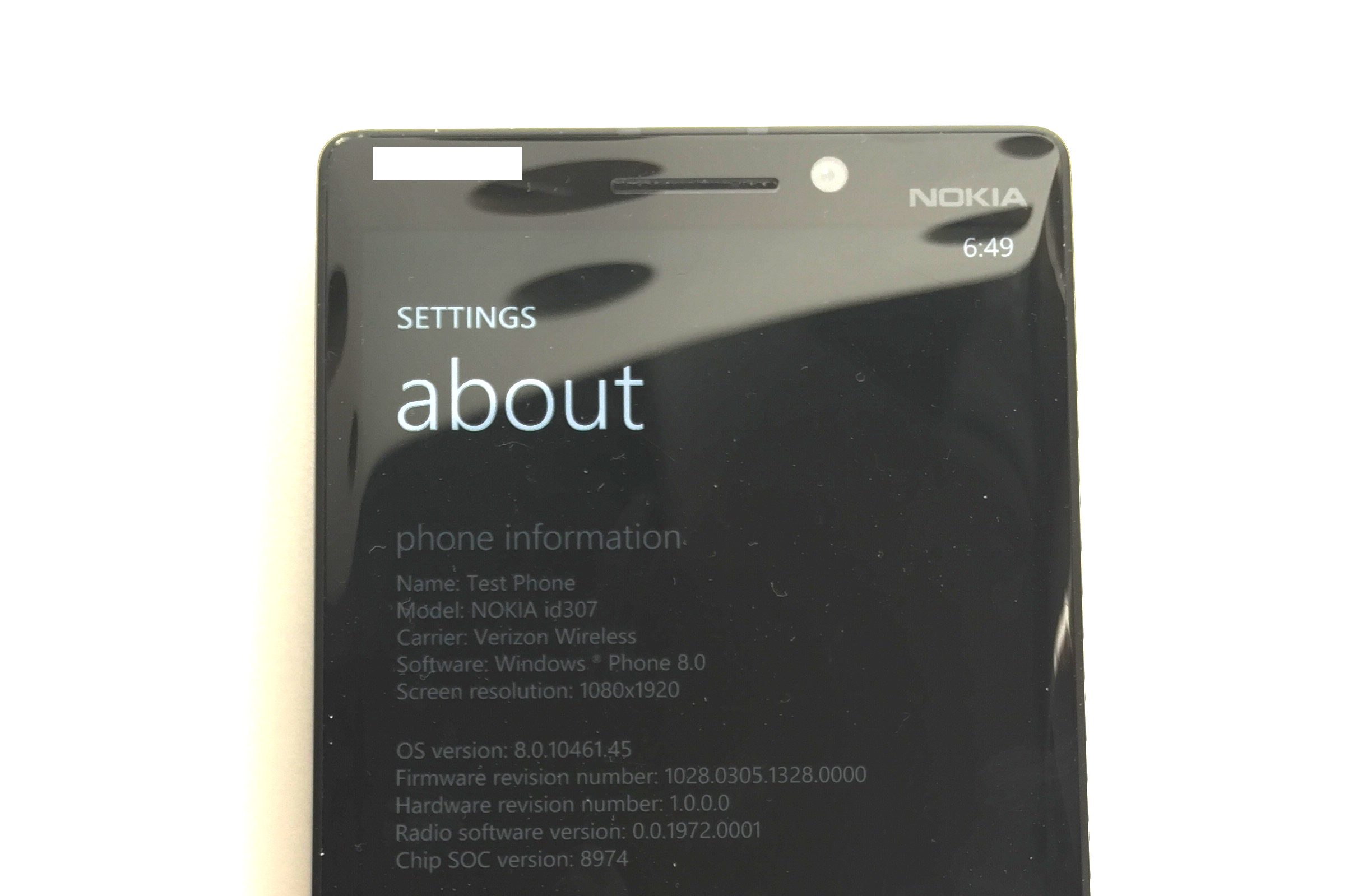 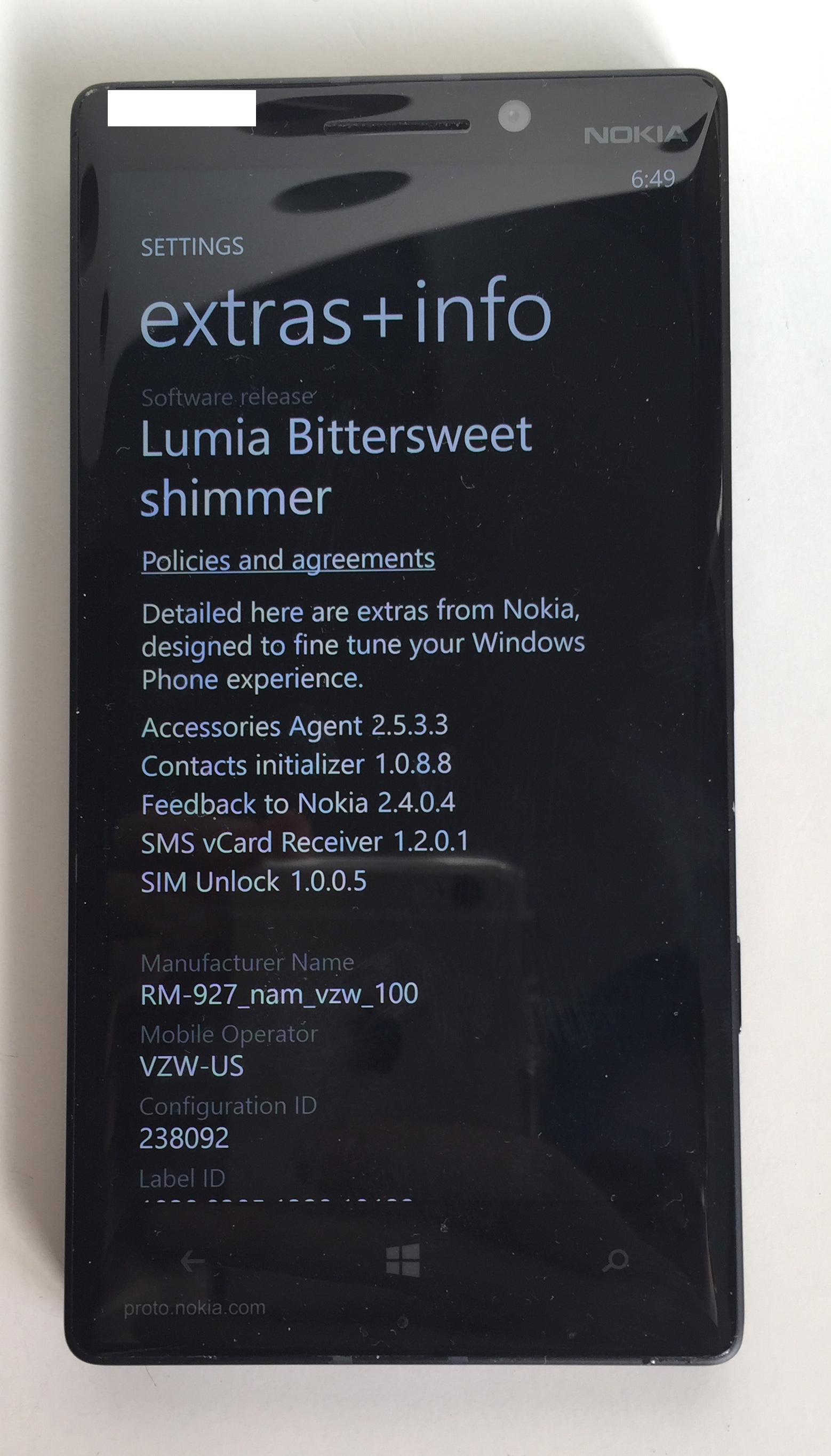 The camera software, as we said previously, is locked down behind a password. We took some pictures using our prototype in low light conditions, so you can get the gist about this camera.

Snapdragon 800 was a good choice after all, even if it implied delays

Considering this prototype build date, many questions got answered about the nature of the Lumia Icon. Many before used to think the Lumia Icon was a shrunk down version of the Lumia 2520, or 1520, but we get to see this device was among the very first to exist. Nokia probably had access to the Snapdragon 800 SoCs before the announcement as well, but we do not think they got them much earlier than January either.

Remember Vega (RX-107) the device we showcased last year, our unit was made on December 2012, and was one of the final units. We think the Vega got cancelled as soon as Nokia got hold of Snapdragon 800s, due to the Tegra SoC being underpowered for the time, which makes sense from a company business plan point of view. We doubt Nokia would have continued building this tablet with the Lumia 2520 being codevelopped around the same time. Moreover considering the end of year holidays, Nokia most likely got hold of the SoC in January 2013, the month of our device manufacturing date.

This Lumia Icon prototype surely had a rough start with the SoC being still very young, and may be unstable, but it shows how committed Nokia was about building a new device this early, ahead of everyone else at the time. The Lumia Icon development being over a year old, made the device a giant success for Nokia, going as far as releasing an international version of the phone for the rest of the world, known as the Lumia 930. However, the Lumia 930 is not a Lumia 929 technically, but that’s subject to another post.

If you liked this post, please considering donating to us, to keep the site running, we also accept any tips about prototypes, or gifts, feel free to contact us about those. We are only two enthusiasts writing about these devices, during our spare free time. We appreciate your support! Happy new year!