You’ve probably all heard of McLaren, the cancelled Lumia phone that would have brought an innovative way to interact with your phone. Its development started and ended in 2014, cancelled while in the final prototyping stages. It was almost ready to be announced and hit the market. For years we thought that that project was Nokia’s first experiment with 3D touch technology and well.. we were all wrong.

It turns out Nokia had started experimenting with 3D touch technology a year before, in 2013, by creating a really strange prototype. Today we’re able to give you an exclusive look at this internal prototype codenamed “Midas” or “Catphone”, two codenames for McLaren’s father. 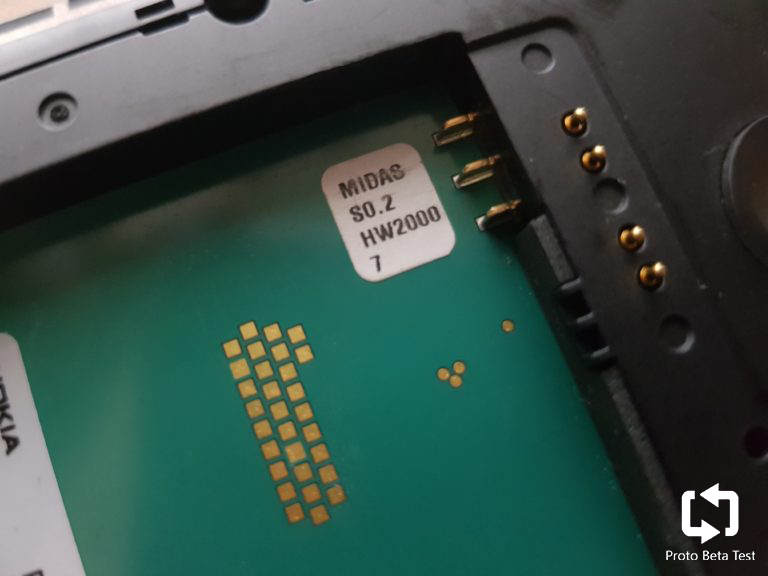 This prototype oddly identifies itself as a Lumia 920 and it even features the same hardware. But it’s packed with 3D touch sensors and a MicroSD slot.

Fun fact about using 920 hardware is that it could pass unnoticed in benchmark apps results. 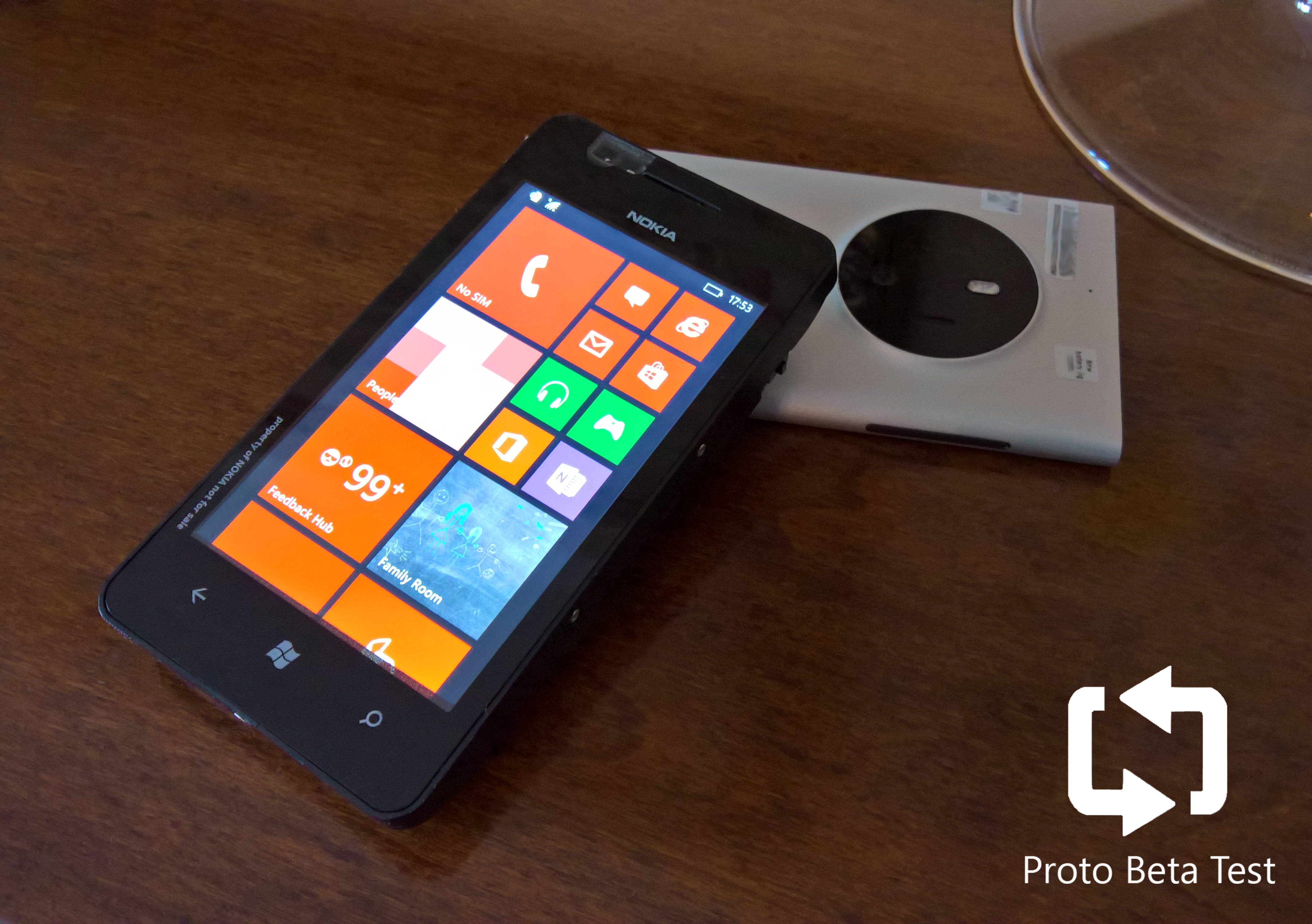 ‘Midas’ was never meant to be released or even seen by the public at all. RX prototypes were Nokia playground for new features. They aren’t mass produced and our sources tell us some are even hand built with the only purpose to quickly test and iterate ideas to integrate into products without focusing on design, stability or other important aspects. In fact using this prototype is a nightmare. Getting it to boot successfully requires several tries and blue screens are very frequent. This kind of devices usually use “hacked” versions of existing hardware in order to not have to deal with drivers. This one, for example, features Lumia 920 hardware with a really special set of sensors built into the screen. An odd thing we spotted is a slider near the volume rocker but it doesn’t seem to be functional.

We speculate that the “back” of the device is a prototyping board that contains Lumia 920 hardware (not the same board but same components). The front of the device gets changed depending on what feature they’re experimenting at the time. This would explain why many RX devices (like RX-100) have the exact same back. Sadly the prototype in our hands doesn’t have a back cover.

Let’s have a look at what makes this RX-112 special.

There’s not much to say, design of course wasn’t a focus with this device. Its design is well.. memorable. Its thickness makes it hard to fit it in a pocket but surprisingly it is not as heavy as you’d expect. The sides let you have a look at the internals but that gap also makes it feel fragile. Below there’s a gallery with some high resolution pictures for you to enjoy. Apps starting with a z are internal testing apps.

The RX-112 features one of the first, if not the first ever version of the 3D touch technology that was later introduced in McLaren and Goldfinger. It supposedly uses hardware sensors built directly into the front panel to enable a special kind of gestures by detecting your fingers before they even touch the screen. By digging into internal files we’re able to confirm that this prototype does indeed use the same 3D touch hardware used a year later in the first iterations of McLaren.

Internal files and apps reveals some very interesting info. The device is capable of detecting a maximum of 5 fingers hovering the screen at the same time. It also starts to detect a finger approaching the screen starting at distance of around 3 cm (1,18 freedom unit).

Sensors on the sides of the device are able to detect a hand holding the phone or, in case of a single finger, calculate the angle it creates. Sadly this feature is quite buggy on the prototype we have. It does indeed detect fingers on the sides but the software thinks it’s a “frontal” touch. McLaren does a better job of using data coming from the sides of the device but we’ll talk about this in a dedicated article.

The prototype in our hands is running Windows Phone 8.1 build 12256 compiled on December 11st, 2013. We want you to realize that 8.1 hadn’t even been announced at the time but was already feature complete. Here’s a look at some of the differences we’ve found between the released version and this one. 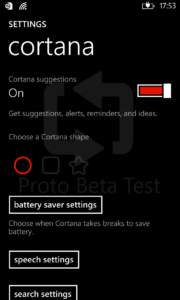 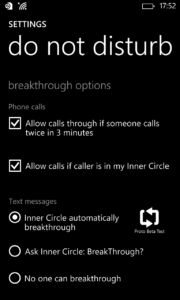 Cause of the phone and touch instability we weren’t able to fully setup Cortana but we noticed this build includes a very early version. Apparently Microsoft was planning to let the user personalize Cortana’s shape. You could choose between a circle (that became the default one), a square and a star.

We also noticed how in this build quiet hours weren’t tied to Cortana as we’re able to use them even without completing Cortana’s setup. 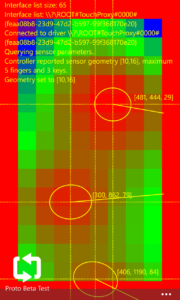 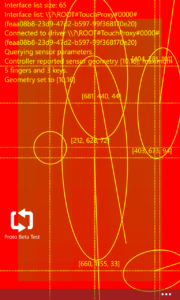 RX-112 includes only one app dedicated to 3D touch testing. Although it being really imprecise, this app is able to show the power of this technology. Put a finger on the phone side and see how the phone notices it and calculates the angle it’s creating or move a finger close to the screen and see how it gets tracked with a heat map that displays the distance. 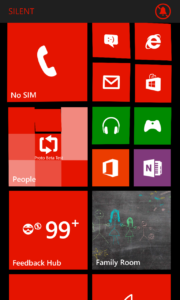 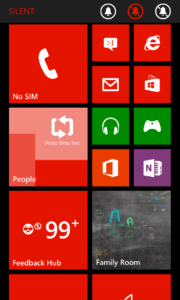 This build features a different interface for volume controls. It’s pretty buggy and a big downgrade compared to the one that got released to the public. We think this iteration was a test to support the silencer slider present on the side of the phone (not functional).

Issues in this prototype

Midas features a very long list of issues that probably made Nokia’s testers life a nightmare. First of all its touchscreen works very unreliabily and usually stops working after just few minutes of use (probably as a result of the driver crashing). This makes even typing on the keyboard impossible. Bluescreens and apps failing to launch are very common too on this prototype.

It’s pretty amazing how Nokia hacked this prototype together. Just the fact that in 2013 a prototype with 2012 hardware was able to run all the required stuff for 3D touch to happen is mind blowing. It’s also incredible how Nokia was able to go from a really rough execution to a way more refined experience in just a few months with McLaren’s development. It’s a shame this technology never made it to the market, it was a great start to something unique. 3D touch alone wouldn’t have changed the game but we’re sure that with the right software it could have differentiated the platform with a technology that still looks futuristic in 2017.

Would you have liked this 3D touch technology to hit the market? Let us know in the comments below!

Like what you see? Help us bring you more exclusive posts by donating or by subscribing to our Patreon.